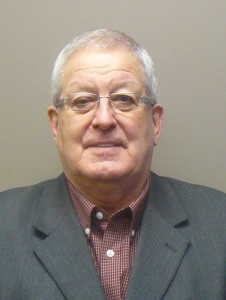 Robert started his real estate career in 1979 specializing in residential real estate and in time focusing on the sale of luxury homes in the south west portion of Edmonton.

After being active in sales for a number of years, his direction moved to management and eventually led to purchasing a RE/MAX Real Estate franchise in south west Edmonton. Initially the office started with 6 sales people and eventually grew to 55 at which time the franchise was sold. At that time his direction in real estate was shifting towards commercial and investment sales as his clientele had grown along with his career.

As his career progressed, the focus shifted to working with other associates as a team, lending his past expertise and knowledge.

From there his direction moved to foreclosures, investment and corporate real estate transactions which include commercial sales and leasing. The type of properties he is involved with are office, retail, and industrial land & buildings. Ian has also become involved with the assembly of residential land.

Ian has maintained many of his relationships with financial institutions, lawyers and developers which have led to numerous referrals and successful transactions. His involvement in property values have ranged from $100,000 residential foreclosures to the marketing of industrial property of $6,000,000.

The team of Ian Fletcher and Robert Halpern is a leader of selling and leasing Edmonton real estate. We specialize in the sale and leasing of industrial, office, retail and land properties. Learn more about our background and our services.